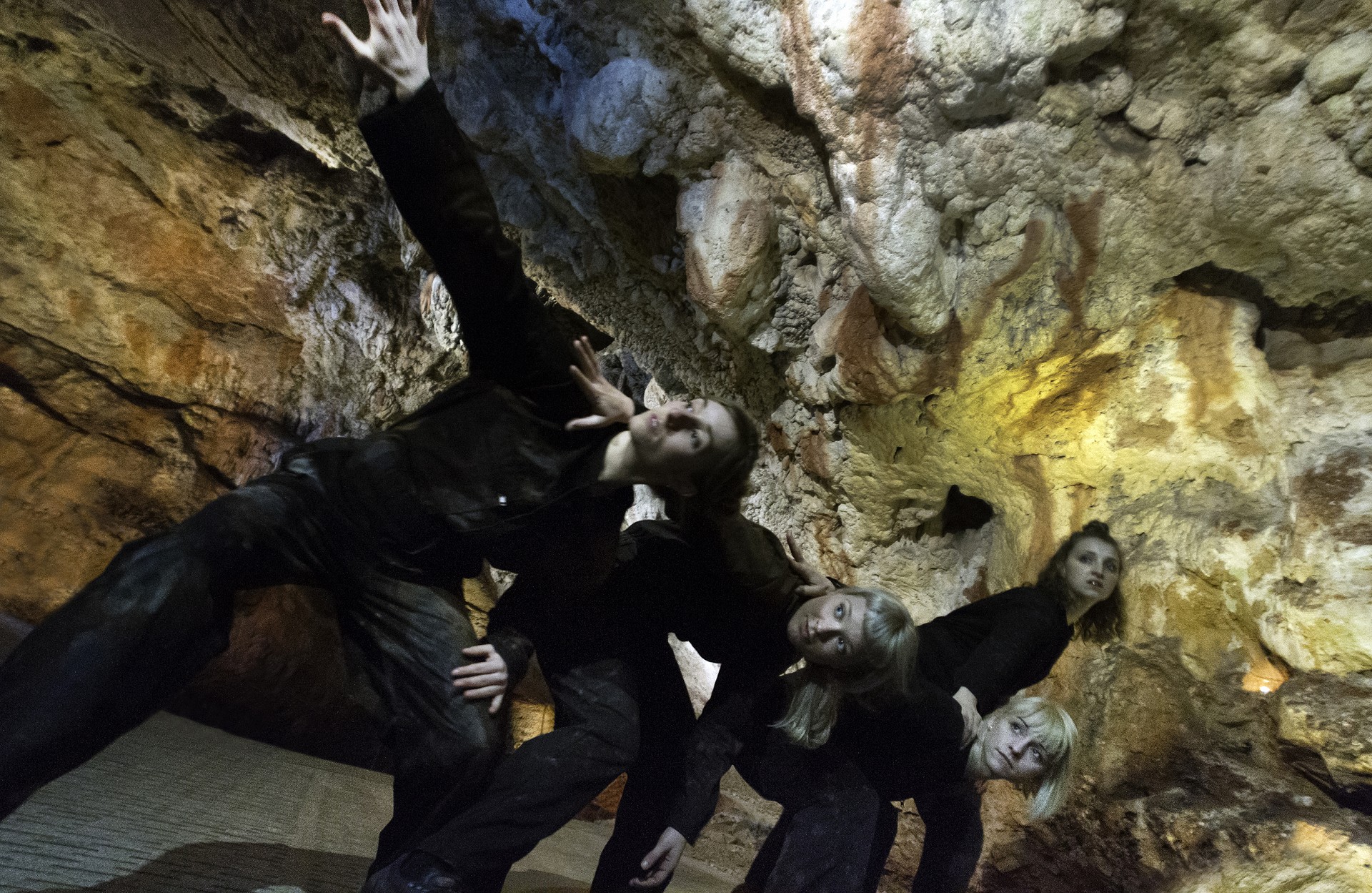 Devised in collaboration with a steering group of archaeologists, geologists, historians, cavers and former miners, Beneath Our Feet is a promenade performance that uses dance and live music to tell the story of the underground. Your guide, musician Lou Vilstrup, will draw you into an unknown world, where the memories and secrets of each underground space will dance before you.

Beneath Our Feet was premiered at Kents Cavern in Torquay in September and October 2017. We then toured the work to 5 further caves and underground sites across the UK - Gough's Cave (Cheddar Gorge), Stump Cross Caverns (Yorkshire Dales), Redcliffe Caves (Bristol), Fort Amherst (Chatham) and Carnglaze Cavern (Cornwall), where we  completed our first phase of touring in October 2018.

You can read more about our process of making and touring the work here:

Blog about the making/touring of Beneath Our Feet

and watch our video teaser, filmed during the research and development for the work at Kent's Cavern in January 2017:

Performed during R&D in 2016 and January 2017 by Kirsty Arnold, Kate Cox, KJ Lawson-Mortimer and Lucy Starkey

Music composed and performed by Max Perryment and Lou Vilstrup

Beneath Our Feet: more information