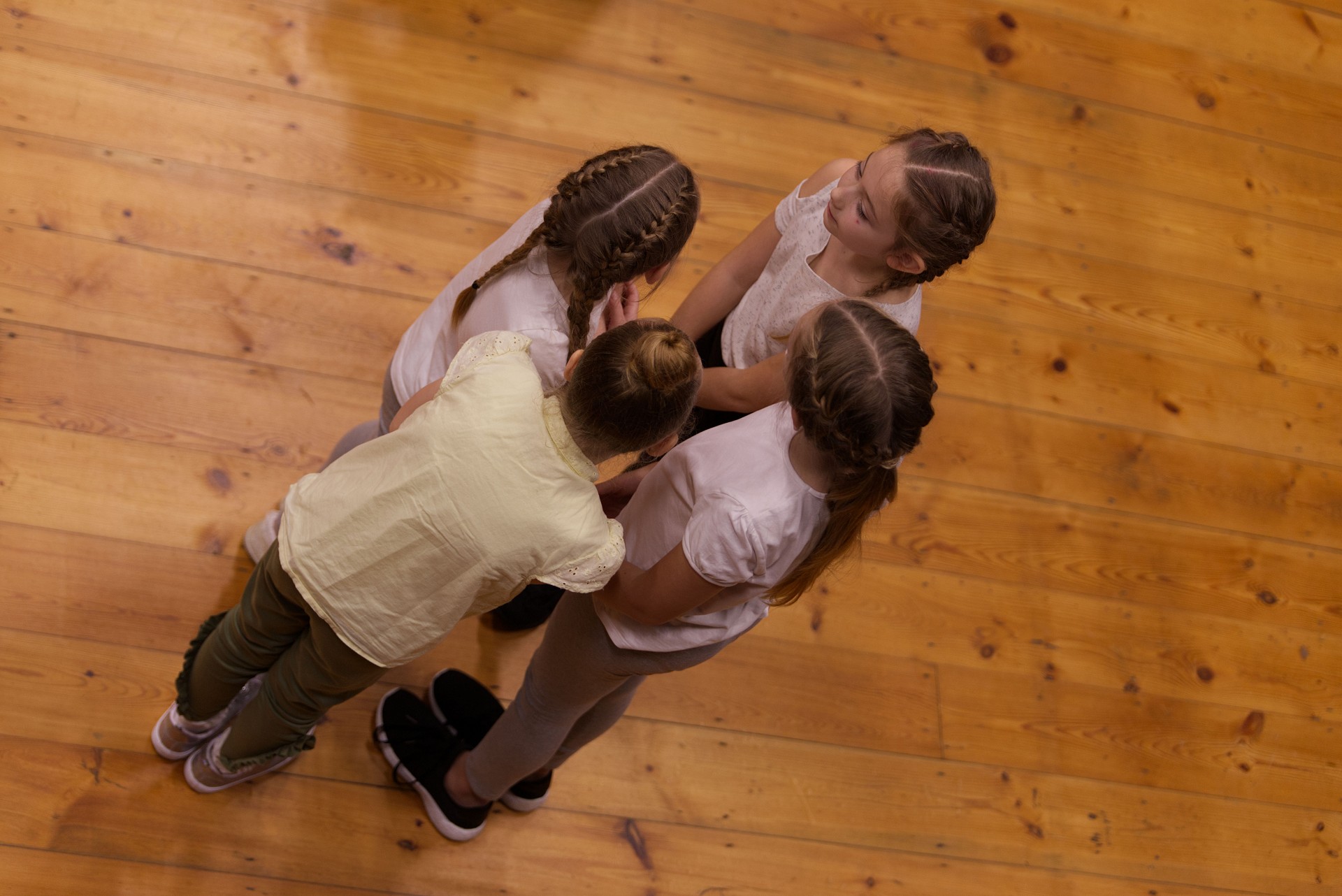 Over the past year, I have been lucky to work creatively with many groups of people in different contexts across the country. For this short reflection I want to focus on the children and young people with whom I've worked in 2019, including those who took part in the pilot of the Delight in Libraries programme in Guildford in April and May, in and around Gainsborough and Retford as part of our Imagination Museum: Mayflower 400 performances and Celebration Performances, and in Newcastle, also working with the team from Stephenson Railway Museum/Tyne & Wear Archives & Museums.

Throughout the year, I've been mindful of several important things and just thought I’d share them as a reminder really, which I think is helpful particularly when things get difficult and when it’s easy to question why we’re doing something.

In no particular order:

Children who might ordinarily find something challenging really excel, others who might usually be more confident might find something harder for example. The children the teachers may say we should ‘look out for’ most often behave completely out of character.

This reminds me about how obstructive or perhaps even destructive it can be therefore to have preconceptions about a person when going in to a new situation, whoever they may be, young or old. If you have high expectations of people, it is my experience that in general they will rise to the occasion.

They are intuitive movers. They may not move how you expect them to move, but they can all move. They often reach for a movement before a word when they are trying to express themselves and put the two together when they’re trying to tell you what they mean. In their curriculum work I’ve observed how doing this can help embed key ideas and develop recall e.g. in their phonics work as they start building the skills they need for reading, and through the Talk for Writing approach as they begin to work on their own creative writing (which I’ve only come across more recently). 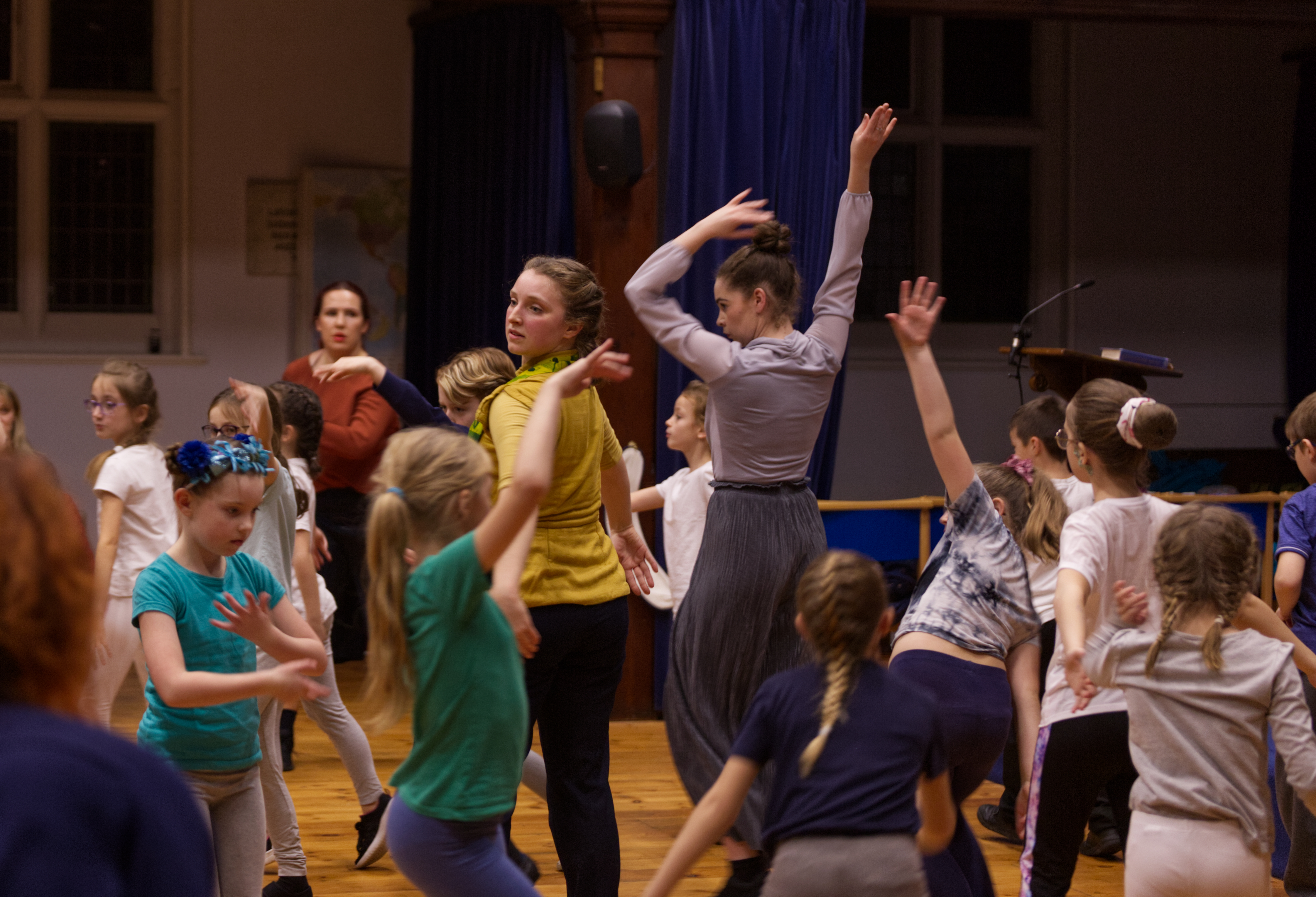 When they’re told that they’re going to be doing some dancing a lot of young people assume that they can’t or don’t want to do it, because of a common misconception about what dance is (formal, looking a certain way, not ‘for them’) and what it can be. But it is relatively easy to shift this mindset when you just get started, and show them the way that dance can cross over into all the other parts of their lives and all the other things they do feel more confident about, whether that’s counting, or telling stories, working together, the science of how the body works or learning about their local history for example.

We find this in our audience feedback from our performances as well – people are so often surprised about the dance content of the piece, because it’s not what they would expect from a dance performance – I think “surprising” or “unexpected” are probably two of the most common words audiences choose in their feedback for our work in museums and heritage sites.

Young peoples’ physical fluency does change though the older they get, I have to say – there are exceptions, but when moving up through the year groups of a primary school and then into secondary school, young people become more self-aware, their movement can become inhibited. It’s possible for all the additional pressures they come under in their lives to leave them less and less time to ‘practice’ being creative, to practice trying and maybe failing and then trying again in a safe environment. And they’re impressionable – if the adults in their lives, as I’m afraid I’ve seen in the minority of instances this year, don’t tell them to have courage and challenge themselves, don’t give them the skills, experience, encouragement to feel confident in expressing themselves fully and freely, on their own terms, and instead shout down or over their ideas, encourage them to stay hidden, not to bother - who knows what kind of a lasting impact this might have?

I was really reminded of this when working with Stephenson Railway Museum, where the museum practitioner Beth encouraged the children to close their eyes and create a ‘sound map’ which described the space around them. We returned to this sensation of attentiveness several times during our 2 days together and particularly when returning to their school after our day away at the museum, and this did help to re-focus and to cut through all the distractions of the school hall environment.

For example, they learn to negotiate – to understand when to step out of a situation and when to step in again, to communicate effectively, to work well as a team, to be open to the possibility of change and difference, to support each other in performance (and in the down-time between performances) and to find ways of coming up with solutions to problems for example. All these things that I hope could help them in learning to be good, kind, respectful individuals. 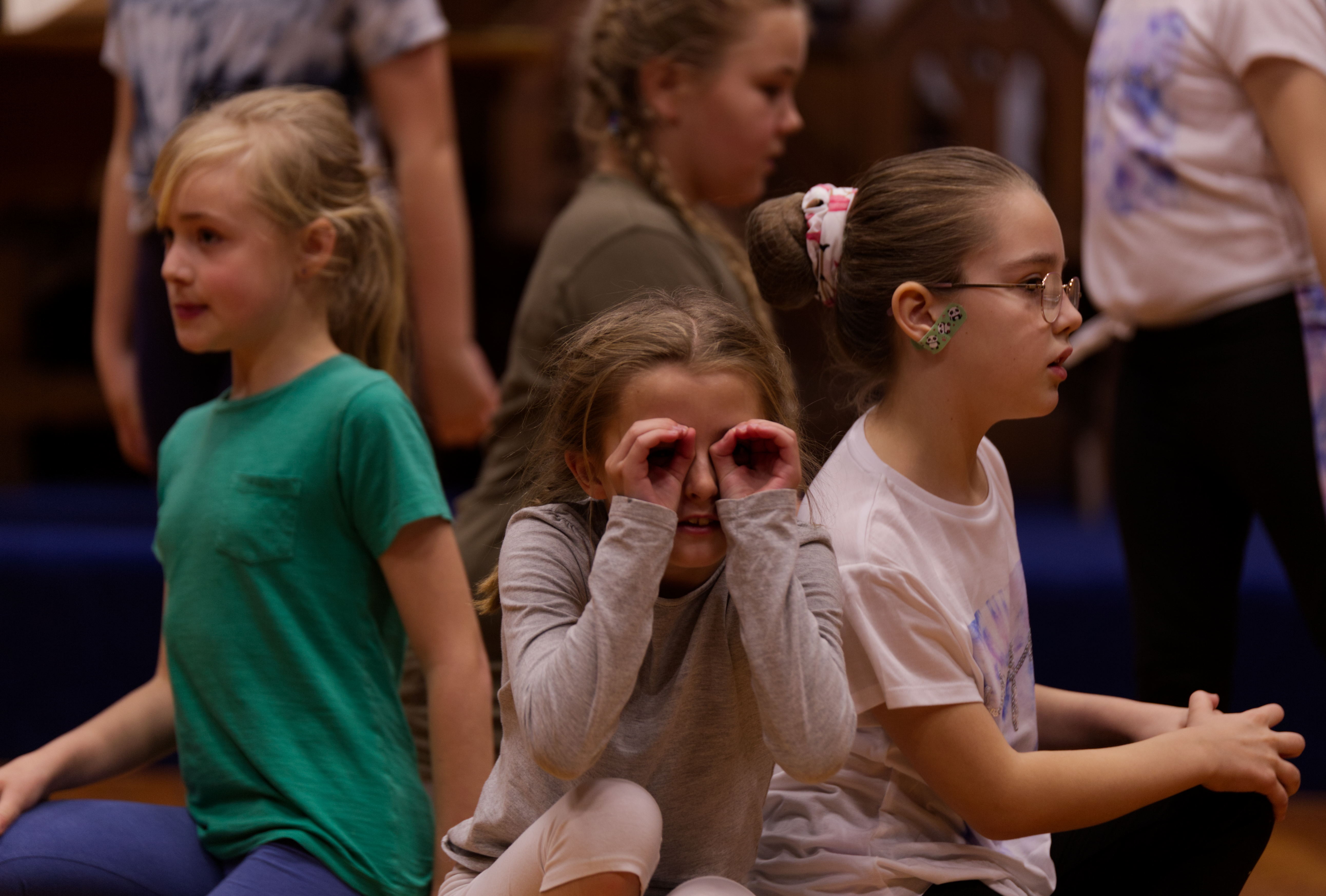 During our Imagination Museum: Mayflower 400 Celebration Performances in Retford and Gainsborough at the end of November, I was most acutely aware of this last point. I was asking for the children working with us to take on some pretty complex information in a short space of time e.g. about what the core professional cast would be doing on stage while they were also performing, the exact timing of their entrances and exits, large sections of mass movement where we tried to get everyone moving at the same time with the same impetus and feeling. Almost all of them took this on fully, without reservation. Careful planning made this more possible, and all the artists on the delivery team had been involved in the development of the performance work from the earliest stages, and really understood and shared the ethos of what we were trying to achieve (in terms of empowering the young people involved and trying to hand over the story to them), which was also invaluable when it came to bringing everything together. It was pretty astonishing to see the young people travelling so far in such a short space of time, a real privilege to be part of that with them, and of course they stole the show! 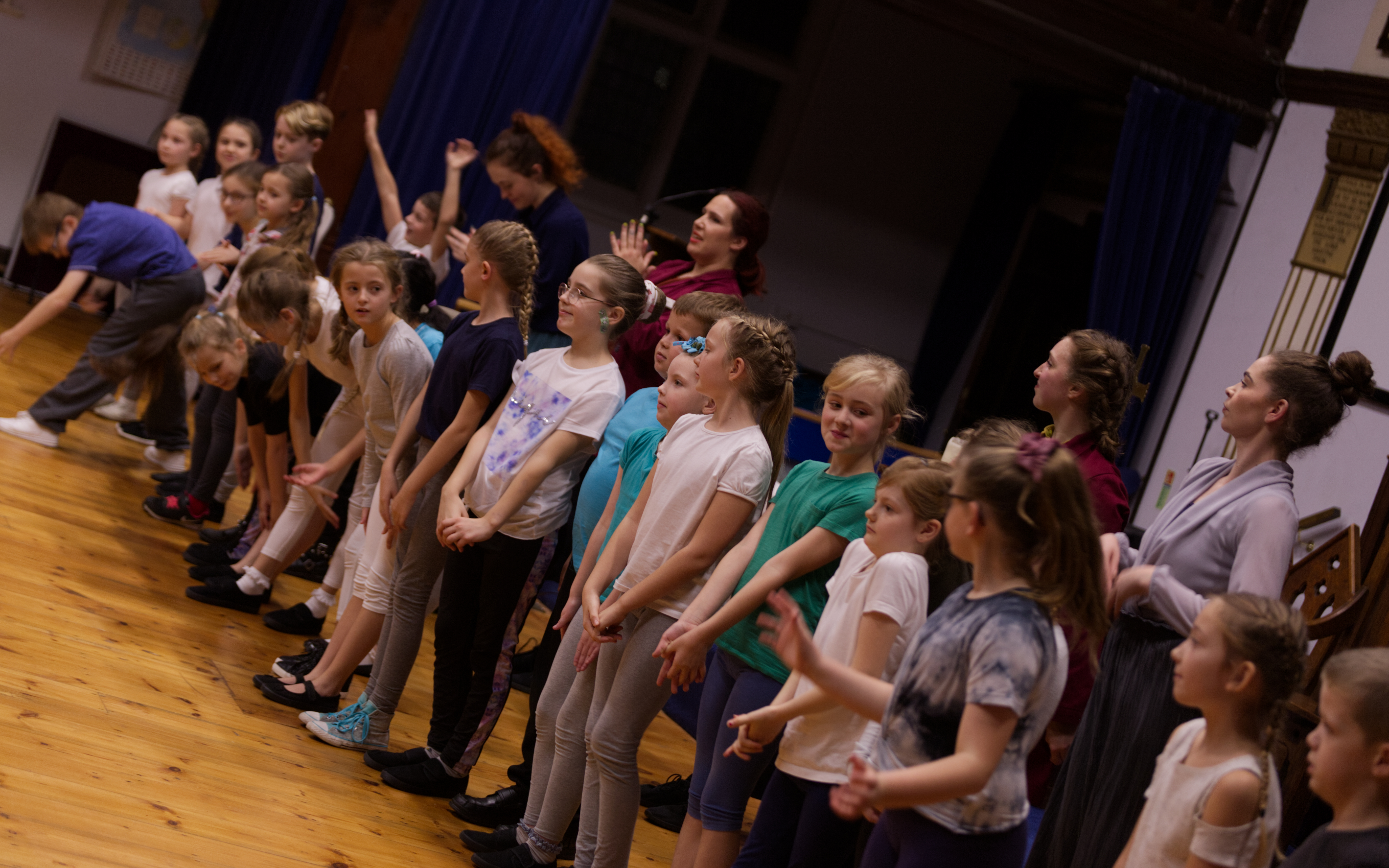 The Delight in Libraries programme is commissioned by Delight Charity, and uses dance and movement as a way of learning how to build a story. The programme is designed to strengthen children’s educational and social outcomes along with encouraging participation in dance. It is aimed primarily at children who may not usually engage with their local library service, and encourages them to find out more about the imaginative possibilities of that space.

Our collaboration with Stephenson Railway Museum and New York Primary School in Newcastle was commissioned by Tyne & Wear Archives & Museums, supported by the Surf the Wave Programme.

The Imagination Museum: Mayflower 400 project is produced by Made By Katie Green, supported financially using public funding by the National Lottery through Arts Council England as part of the Strategic Touring programme, Hampshire Cultural Trust, The Box, West Lindsey, Plymouth, Nottinghamshire County and Bassetlaw District Councils, the Surf the Wave Programme and the Charter Trustees of East Retford, and also delivered in partnership with the Pilgrim Roots Regional Partnership, Transported, The Point, Plymouth Dance and Plymouth Culture.