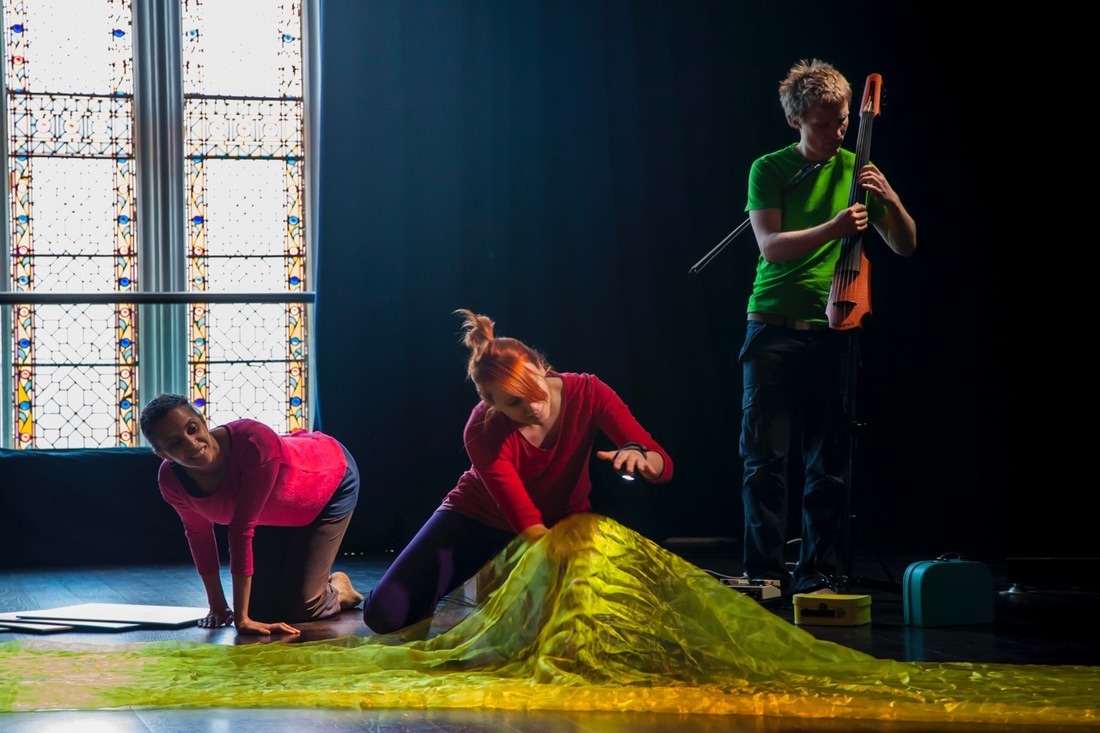 DancingStrong Movement Lab’s Ila project  connected three primary schools to their local museums in Bristol (UK), London (UK), and Flint (USA). Students, classrooms and communities in these areas explored artworks and artefacts with each other through exploration of their local museums. The project involved all participants in the creative process of making dance-performance, linking to the curriculum, and exploration of different collections in the museums. The ILA project resulted in the creation of DancingStrong Movement Lab’s interactive-performance work Found. Found was then performed at the three museums for the wider community and later toured to museums and community centres across southern England.

DancingStrong Movement Lab – for Ila project, the making of ‘Found’