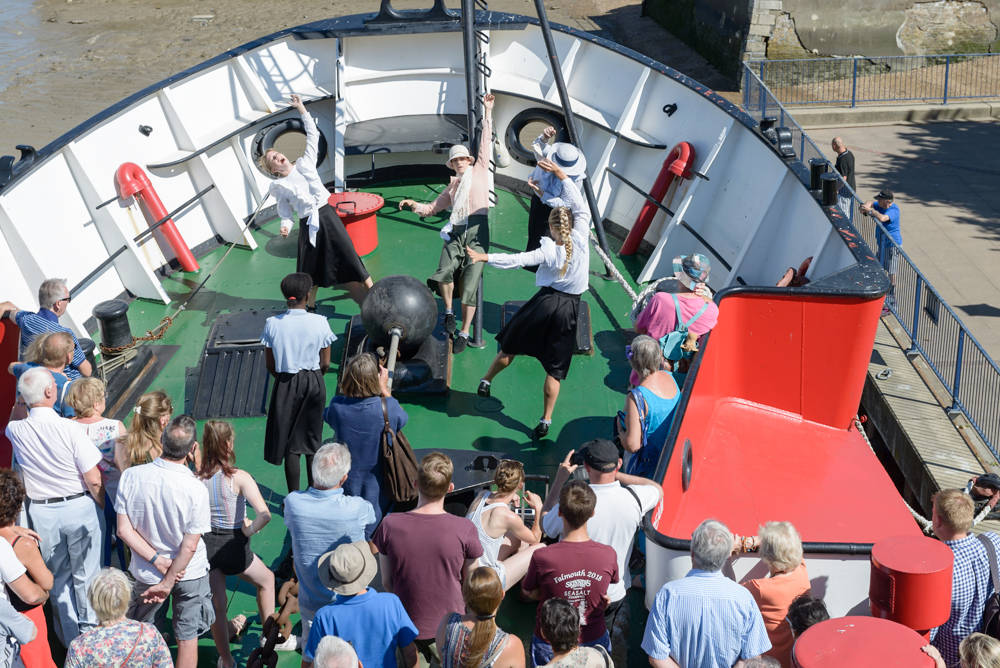 On the evening of the 3rd September 1878, The Princess Alice paddle steamer was returning to London, loaded with tired yet jovial passengers who had enjoyed a day trip to Sheerness. As dusk settled the day-trippers were blissfully unaware of their terrible fate. When The Princess Alice approached Woolwich, the paddle steamer collided with a large cargo ship, causing her to rapidly sink to the bottom of the Thames. Hundreds of people lost their lives in the accident making it Britain's most tragic peacetime disaster. Despite this huge loss of life and the long term impact it had on Britain's waterways, this piece of local history appears forgotten.

In 2018, 140 years later, Daisy Farris Dance Collective (DFDC), toured The Great Thames Disaster, following the route The Princess Alice took along the Thames. Capturing the hearts and minds of audiences, the show uses contemporary dance and physical theatre to reimagine this lost piece of history. In each location, DFDC worked with local young people to involve them in the performances in their hometown. 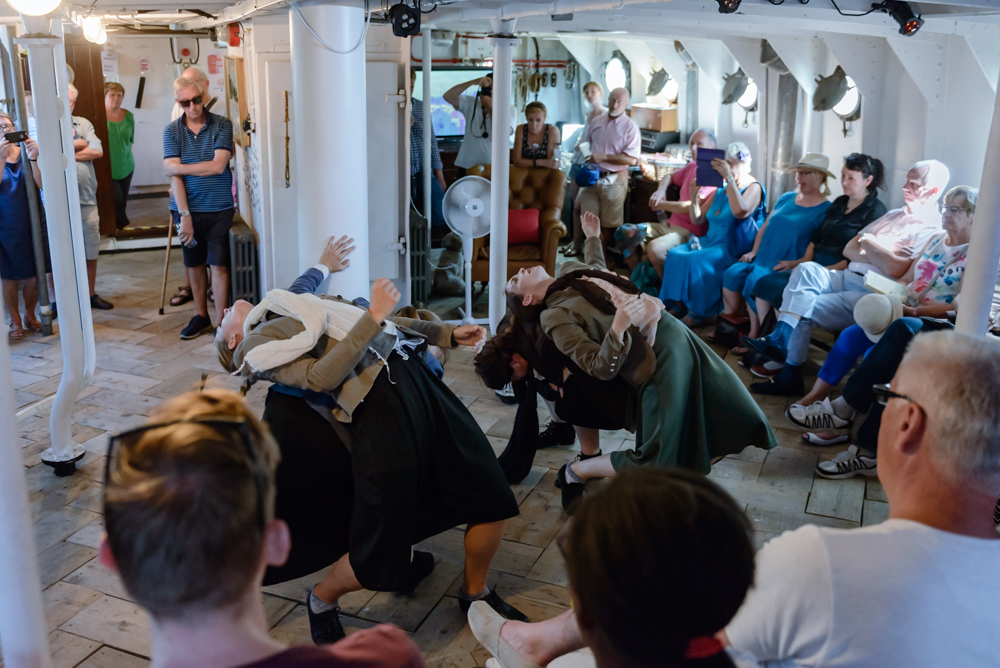 Performances took place in unusual locations and venues, bringing dance into communities along the Thames. DFDC's most ambitious location was on board LV21, a light vessel ship transformed into an arts venue. The Great Thames Disaster took over the ship in a site-specific, promenade style performance; audiences were welcomed on board and immersed in the story as it unfolded in unexpected locations. DFDC collaborated with visual artist, Nicola Flower, who created an immersive installation. Nicola's hauting and beautiful work took over the hull of the ship and was inspired by the aftermath of the disaster.

Watch the trailer for the work here:

a mini-documentary created for the 2018 tour:

and a documentary of the initial research and development for the project, delivered in partnership with the National Maritime Museum, Royal Greenwich Heritage Trust and Greenwich Dance:

Students in mini documentary from All Saints Catholic School in Barking