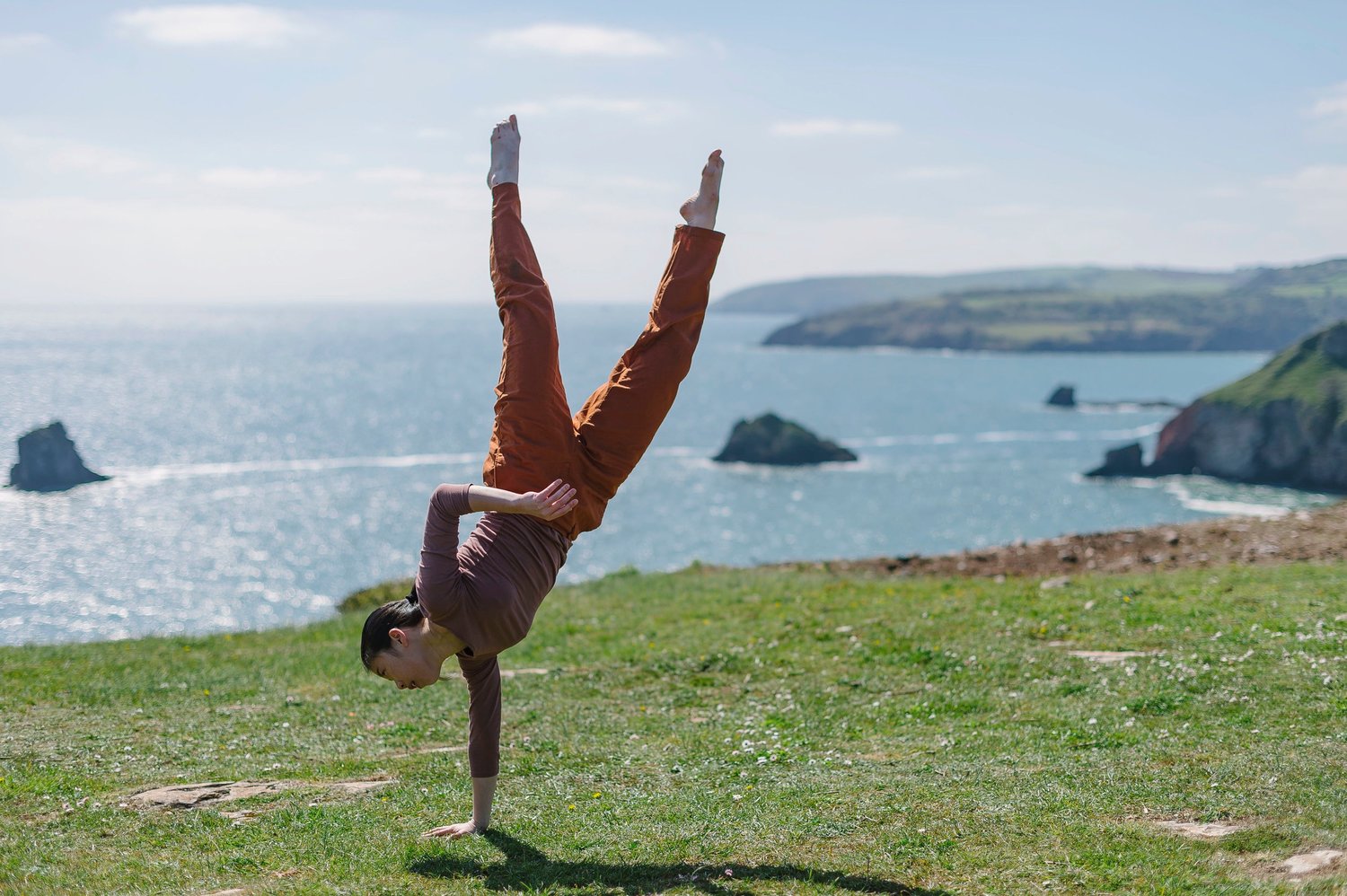 Taking inspiration from the views of Berry Head in Brixham and the Singaporean dancers who perform the work, Silence Between Waves frames a conversation through movement and sound, connecting two places across the sea by reflecting on home and far away. The work is fuelled by local stories of people in Brixham through a soundscape that features local people describing their relationship with the sea and communication over long distances.

Silence between Waves is designed to be performed in different settings, with the main work being performed on outdoor coastal areas with a combination of international Singaporean dancers and a local community cast. The work can also be presented as an end-on performance featuring the professional dancers only for indoor and outdoor performances.

In July 2019, Silence Between Waves was made into a short film by Filmmaker Daniel Martin and distributed across the internet.

Silence Between Waves was commissioned by Torbay's Great Place Scheme for Eyeview’s Extraordinary Festival and co-produced by Dance in Devon. The work was funded by Arts Council England and the National Arts Council of Singapore and supported by EyeView, Exeter Phoenix, Nanyang Academy of Fine Arts, Dance in Devon, ROC Creative and Sound Communities.